On March 28, 2019, the ERASMUS + Office in Moldova offered to the partner universities of the TEACH ME project a new opportunity to convene at the round table: evaluating the impact of the project implementation on all dimensions. The host institution of the event was the Tiraspol State University (TSU) (Chisinau), which had the role of local coordinator of the project.    The meeting was attended by the staff of the ERASMUS + Office: Claudia Melinte, Cristina Gherman and Ana Samson. Olga Zubicov, project manager, was attending online from Bielefeld.The partner universities delegated the active members of the project teams to this meeting. Thus, the Tiraspol State University was represented by Andrei Braicov – national coordinator of the project TEACH ME, Dean of the Physics, Mathematics and IT Faculty, Lora Mosanu-Şupac – Vice Rector for Scientific Activity and International Relations, Larisa Sali – member of the TSU team of the project. Veronica Prisăcaru and Iulia Corman attended on the behalf of The Agrarian State University of Moldova. The “A.Russo” State University in Balti was represented by Valentina Priţcan – vice-rector, Comrat State University –  by Maria Ianioglo and Tatiana Velicova, Technical University of Moldova – by Rodion Ciuperca, Institute for Continuing Education – by Ilie Vancea. 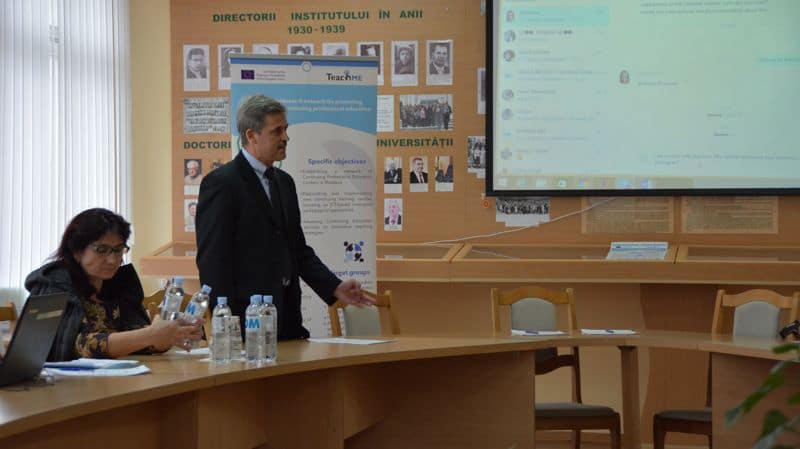 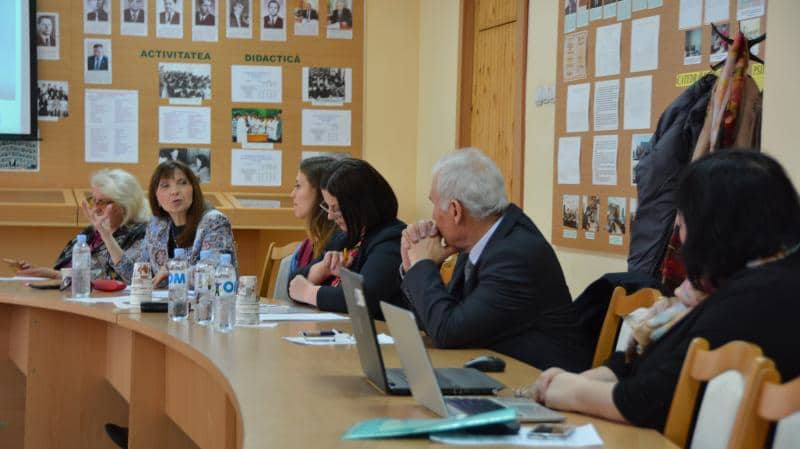 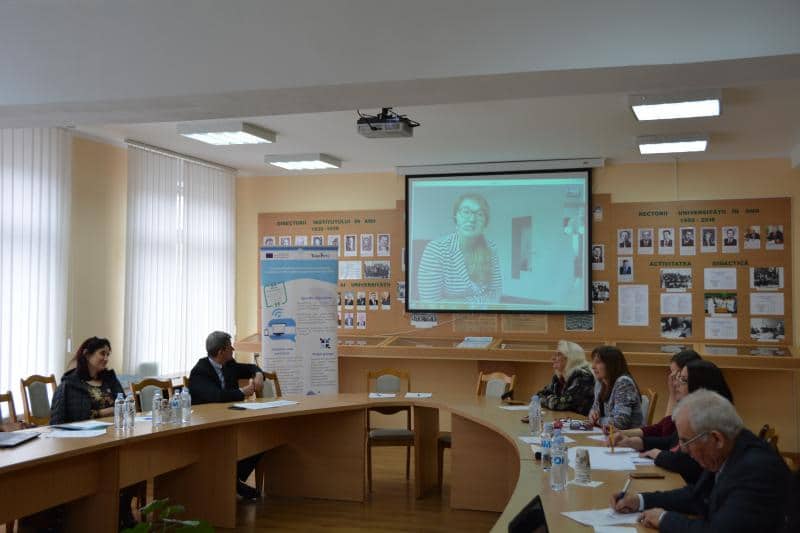 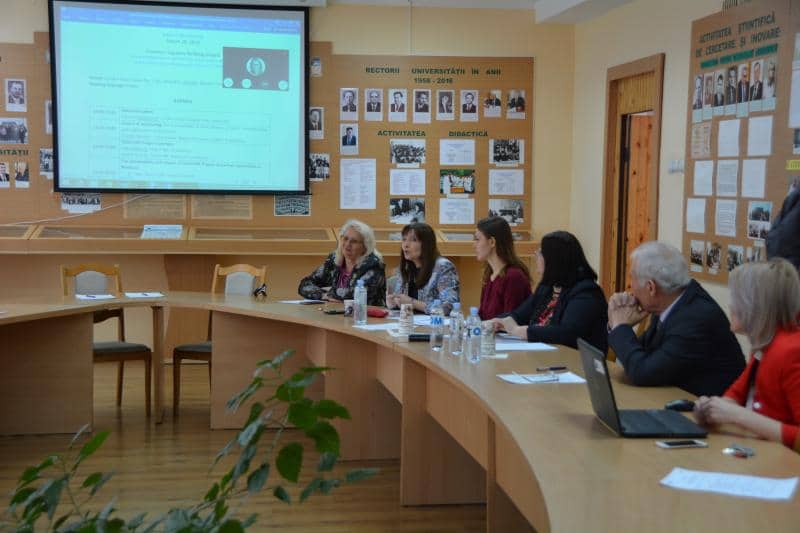 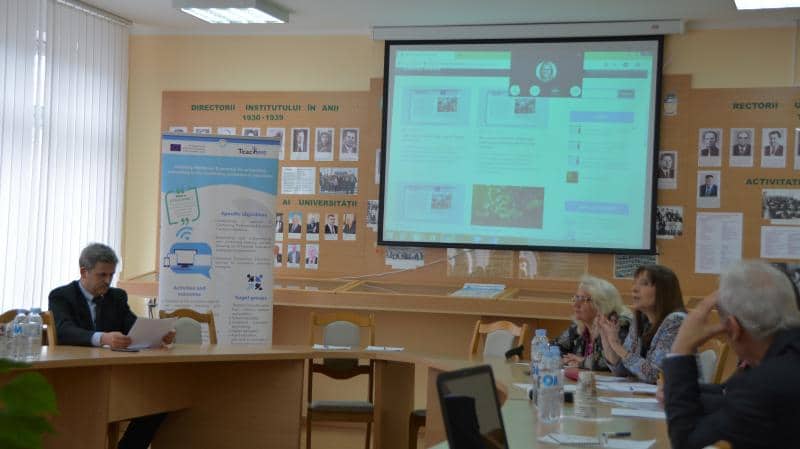 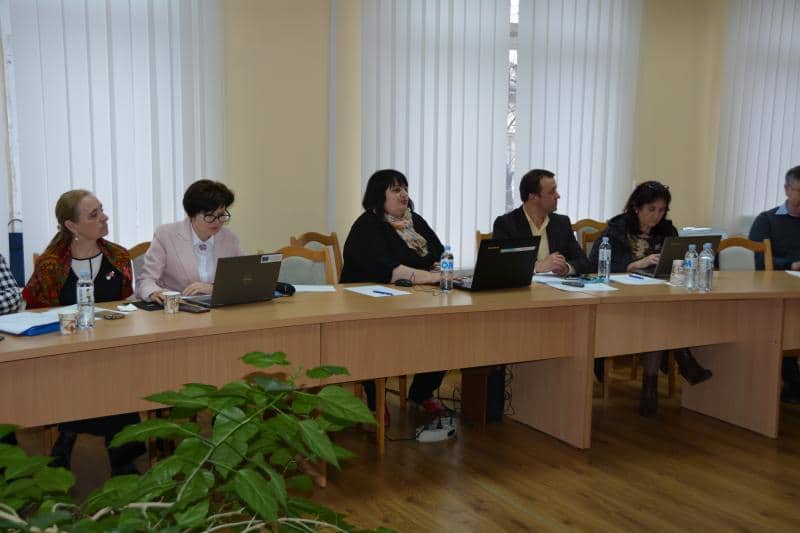 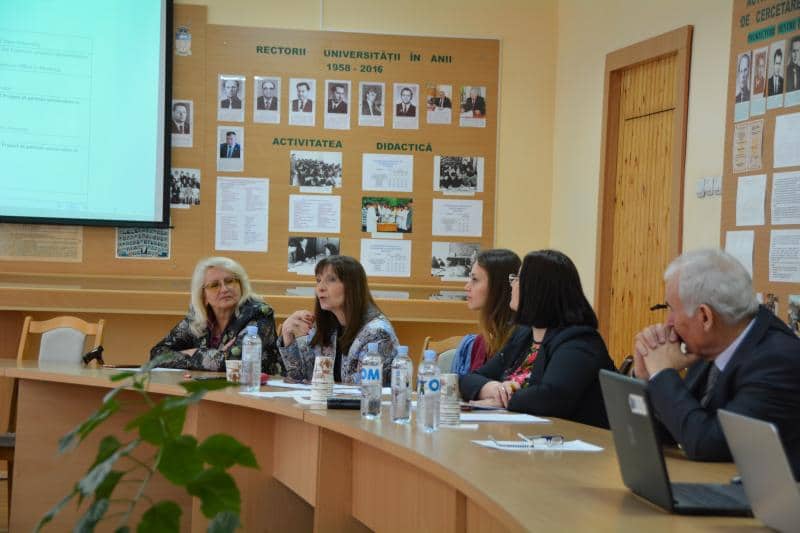 Valeriu Bordan, the TSU vice-president, welcomed those present and noted that the project was a successful one for all partner universities, but also for the national education system, in particular, in increasing the performance of teachers in the era of digitalization of the teaching-learning process.

Lora Moşanu-Şupac pointed out that the project teams achieved the objectives set out initially, which was also confirmed by the fact that the continuous training programs that had been elaborated obtained authorization from the ANACEC Agency.

Claudia Melinte referred to the role of the impact assessment of the results of capacity building projects and stated that the TEACH ME project had produced positive effects at all levels of the Moldovan education system. Participants were invited to a frank discussion meant to reflect the dynamics of post-project outcomes, the lessons learned, and the views on future projects.

The quantitative and qualitative results obtained in the project were reiterated: modernization and strengthening of the infrastructure of the Continuing Training Centers; authorization of 11 new courses by the ANACEC Commissions; creation of digital educational resources in various formats; elaboration of the “E-Teaching Handbook: case studies”; expansion of the categories of CVT program beneficiaries; creation of 2 laboratories for the production of digital resources; improvement and deepening of the professional competences of teachers; creation of patterns that can be replicated in the educational process for initial and lifelong learning, etc.

The rapporteurs have mentioned how to use the results achieved in the project at the institutional level, the progress observed in the functioning of the Lifelong Learning Centers, possible new objectives that can be set in future projects. The post-evaluation was appreciated as an important part of the project, aimed at giving value to its results.

The representatives of the universities accepted the recommendations to maintain and develop the collaboration relationships between the partner institutions stipulated in the Memorandum signed between the institutions within the project, to further strengthen the created teams, to promote the results achieved within the project and the results of the impact through multimedia means and the tools available, but also through the site teachme.ust.md.

Olga Zubicov encouraged the teams to persevere in multiplying the project’s results, drawing and reaching new goals, and expressed her willingness to continue the Moldovan-German collaboration initiated within the TEACH ME project in order to increase the efficiency of the continuing professional training of teachers.